The Supreme Court has unanimously ruled that a divorced husband should not have to increase periodical payments to his ex-wife after she mismanaged her finances following their split.

The parties had been married for 15 years. Following their divorce in 2002, it was agreed by way of a consent order that Mrs Mills would receive a capital lump sum of £230,000.00 to purchase a new property for herself and their son. In addition, Mrs Mills would also receive annual periodical payments of £13,200.00.

However, by April 2015, after a succession of poor financial decisions (including a series of risky property purchases), Mrs Mills had debts of around £42,000 and there was a £4,092 shortfall per year between her needs and the existing level of periodical payments. Mrs Mills had also been forced into rental accommodation as she was no longer in a position to maintain monthly mortgage repayments.

It was at this point that Mrs Mills decided to make an application under Section 31(1) of the Matrimonial Causes Act 1973 for an order for her annual periodical payments of £13,200.00 to be varied upwards to meet her needs. In response, Mr Mills also made a cross-application for the discharge or downwards variation of the order for periodical payments.

In the initial judgement the judge refused to vary the order for periodical payments either upwards or downwards. It was felt that Mrs Mills was herself responsible for her current financial position, particularly the need to pay rent. It was seen as a direct consequence of the poor handling of her finances. Mrs Mills appealed the decision to the Court of Appeal.

The Court of Appeal found that the previous judge had not given reasons why Mrs Mills’ basic needs, including rent, should not be met by periodical payments from Mr Mills. Taking this into consideration, the Court of Appeal allowed Mrs Mills’ appeal made the decision to increase the level of periodical payments to £17,992 per annum in order to cover Mrs Mills’ shortfall. The Husband appealed this decision to the Supreme Court.

Lord Wilson who gave the lead judgement in the Supreme Court, said that the Court of Appeal had been mistaken in saying that there were not reasons given why Mrs Mills’ basic needs should not be met in the initial judgement. The judge had given a clear reason, namely that Mrs Mills had made unwise financial decisions that had ultimately led to her current situation in which she was required to pay rent. A provision had already been made for Mrs Mills’ housing needs in the initial capital settlement when she had received a £230,000 lump sum to re-house.

The Supreme Court ruled that it was consequently unfair to expect Mr Mills to meet the increased need for periodical payments in full, as it was no longer his responsibility and was as a direct result of Mrs Mills’ own actions.

Impact of the decision

Crucially, the Supreme Court decision means that in the future, parties should not necessarily have to bear the consequences of ex-spouses poor financial decisions when a Court considers the variation of periodical payments. The decision effectively ‘shuts the door’ on spouses returning for housing claims when these have already been factored into resolved capital award.

Some people who would have wanted to see the abolishment of lifetime maintenance obligations may be disappointed with the outcome today as Mr Mills did not succeed in getting the maintenance payments brought to an end. However, many will still perceive it to be somewhat of a victory or at least a step in the right direction.

Whatever your opinion on indefinite maintenance orders, today’s Supreme Court ruling has made it clear that although lifetime maintenance obligations have survived the test, there is a greater expectation on the non-earning spouse to take responsibility for their own finances and financial decisions after divorce. 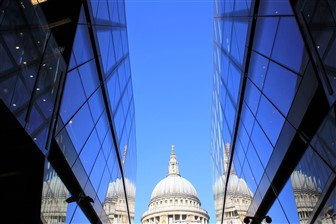